Mikel Arteta hailed Arsenal’s emphatic 3-1 win against Chelsea on Saturday as a “turning point” in his troubled side’s season.

Arteta’s side sat just three points above the relegation zone before kick-off at the Emirates Stadium after their worst start to a season since 1974-75.

But the Gunners produced their best performance this term to out-class their London rivals.

Bukayo Saka bagged Arsenal’s third goal after the break as they won in the Premier League for the first time in eight games stretching back to November 1.

Tammy Abraham’s late strike was no consolation for woeful Chelsea, who missed a penalty through Jorginho in the final moments.

Moving six points clear of the bottom three will buy Arteta a little breathing space following talk he was in danger of the sack after just a year in charge.

“It’s a really big win for us. We were really disappointed and frustrated with the results,” Arteta said.

“The players and fans were suffering and today is a really special day. It doesn’t get any better; Boxing Day, playing a London derby at the Emirates and winning the way we’ve done it.

“Hopefully this is a turning point and will elevate the confidence of the team because I know that they can play at this level.

“It is how consistent we are throughout the game to sustain that level.”

With matches against Brighton and West Brom coming next in their Christmas schedule, Arsenal have a chance to climb to a healthy league position heading into 2021.

“The spirit before the game was really positive, they really wanted it,” Arteta said.

“I am pleased for the players and for the supporters, We have let them down for many weeks so it was a good day.”

Chelsea would have gone second with a victory, but instead they remain six points behind leaders Liverpool after a third defeat in their last four league games.

Lacklustre in attack, short of drive in midfield and bereft of a cutting edge up front, Chelsea’s £200 million ($267 million) pre-season overhaul is yet to pay off.

“I’m very disappointed in the way we approached the first half because some things in football are basics.

“It is not tactics or systems, it is do you want to run, back your team-mate out and sprint? Or do you want to jog and say ‘maybe I don’t have to run’ and we took that decision instead of the right one.”

Arsenal made the breakthrough in the 35th minute when Kieran Tierney got across Reece James into the Chelsea area and tumbled under the slightest contact from the panicked defender.

Michael Oliver’s debatable decision to award a penalty survived a VAR review and Lacazette sent Edouard Mendy the wrong way from the spot for his sixth goal of the season.

It was no more than Arsenal deserved for a vibrant first half and Arteta was celebrating again in the 44th minute.

N’Golo Kante fouled Saka and Xhaka did his bit to get back in favour when he whipped a brilliant 20-yard free-kick over the Chelsea wall and into the top corner.

Saka made it three in the 56th minute as Hector Bellerin and Emile Smith Rowe combined to send the youngster into the area and his cross-shot looped over Mendy into the far corner.

Pablo Mari’s foul on Mount gave Chelsea a stoppage-time penalty, but Jorginho missed for the third time this season as Bernd Leno kept out the Italian’s weak effort. 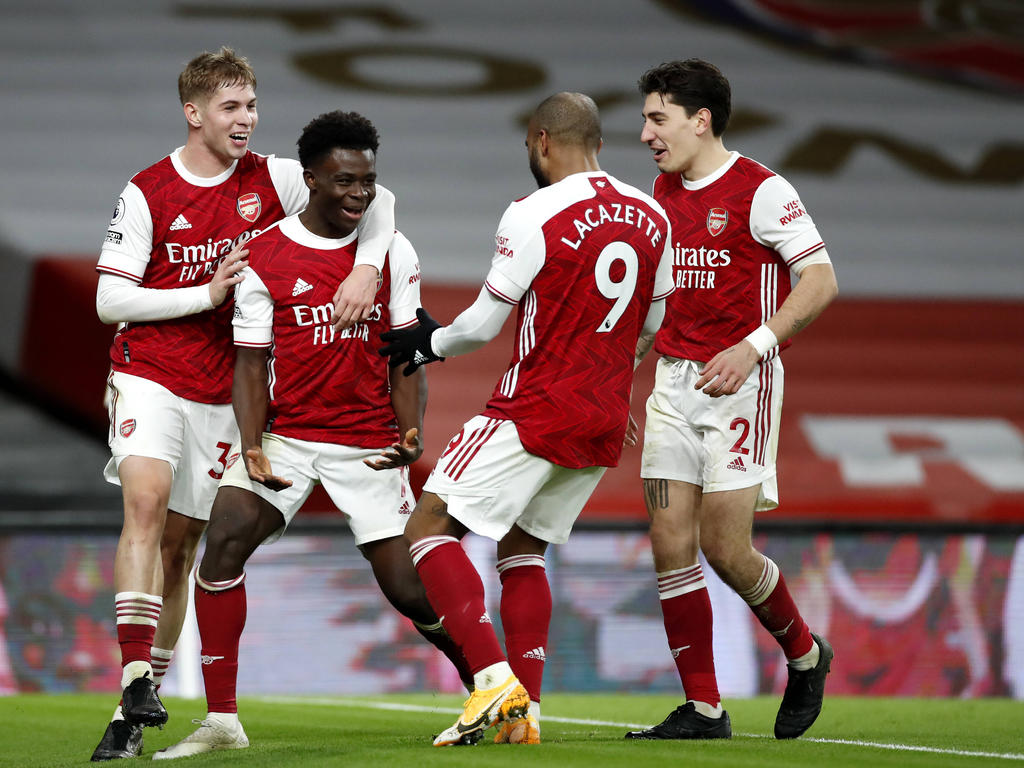